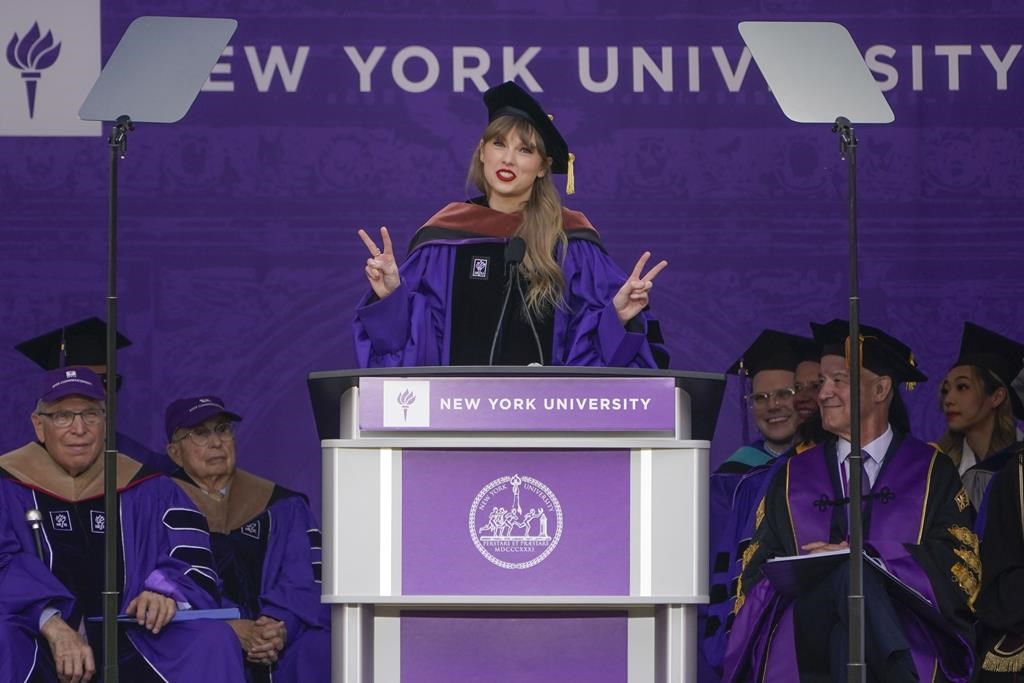 Organizers say Swift will grace TIFF next week to present the first screening of “All Too Well: The Short Film” on 35-millimetre film, which is considered the cinematic gold standard.

The 13-minute short film brought visual storytelling to the extended version of the track “All Too Well” from her re-recorded album “Red (Taylor’s Version),” which spurred a cultural sensation upon its release last November.

Swift is set to discuss her directorial debut with TIFF CEO Cameron Bailey at the TIFF Bell Lightbox on Sept. 9.

In a news release, Bailey called Swift a “brilliant visual thinker” and said the two will discuss the pop star’s cinematic influences.

Tickets will go on sale for TIFF members on Saturday, while the general public can get their seats on Sept. 5.

This isn’t Swift’s first stop on the film festival circuit. She brought “All Too Well: The Short Film” to New York’s Tribeca Film Festival in June, surprising audiences with a special performance.

While Swift adds significant star wattage to the TIFF slate, the festival has cancelled a living reading from Canadian director Jason Reitman, citing “circumstances beyond our control” on its website.

— with files from The Associated Press

This report by The Canadian Press was first published Sept. 2, 2022.

Credit: Taylor Swift to present ‘All Too Well’ short film on 35 mm at TIFF