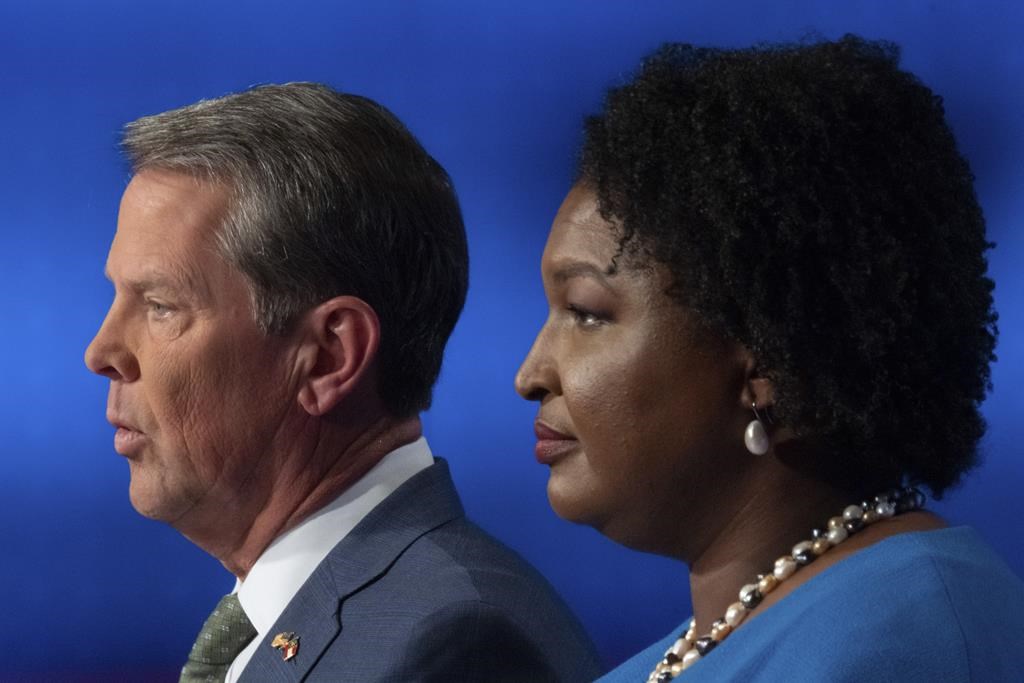 ATLANTA (AP) — Big money continues to roll into Georgia’s governor’s race even as Republican incumbent Brian Kemp and Democratic challenger Stacey Abrams have already blown through the records they set in 2018.

Abrams has raised nearly $98 million, according to reports filed with the state ethics commission, while Kemp has raised more than $69 million.

Abrams and Kemp filed their final periodic finance reports of the campaign Tuesday, for contributions through Oct. 25, but continue to file supplemental reports of large donations.

Since Oct. 1, Abrams has received more than $14 million in cash and in-kind donations, while Kemp has received $8.1 million.

Kemp had $10.4 million in cash remaining as of Oct. 25, while Abrams had $5.7 million. Both candidates would seek to reload if no one wins a majority on Election Day, with a runoff set for Dec. 6 as required by state law. Libertarian Shane Hazel is also on the ballot.

Georgia’s races have grown more expensive as it has matured into the South’s premier battleground state. Hundreds of millions in political spending is pouring out from candidates, political parties and outside groups in the governor’s race and the U.S. Senate race.

But candidates for governor have also been able to raise more because of a Republican-backed law that allows top Georgia candidates and legislative caucuses to collect unlimited contributions through leadership committees. They can coordinate spending with their traditional campaign committees, leaving no difference in who controls the money and how it can be used.

Abrams’ One Georgia Committee has accepted nearly $1 million in outside donations since Oct. 25, the majority made up of in-kind services from Black PAC and America Votes.

After Abrams outraised Kemp nearly 3-to-1 in the early summer, Kemp has narrowed the gap. Both have raised far more money than in 2018, when Kemp spent $21 million in his victory over Abrams, who spent $27 million.

Abrams and U.S. Sen. Raphael Warnock have both demonstrated strong fundraising power in a state where Republicans once routinely outspent Democrats, while outside GOP-aligned groups, especially in the Senate race, have tried to make up the difference.

Check out https://apnews.com/hub/explaining-the-elections to learn more about the issues and factors at play in the 2022 midterm elections.