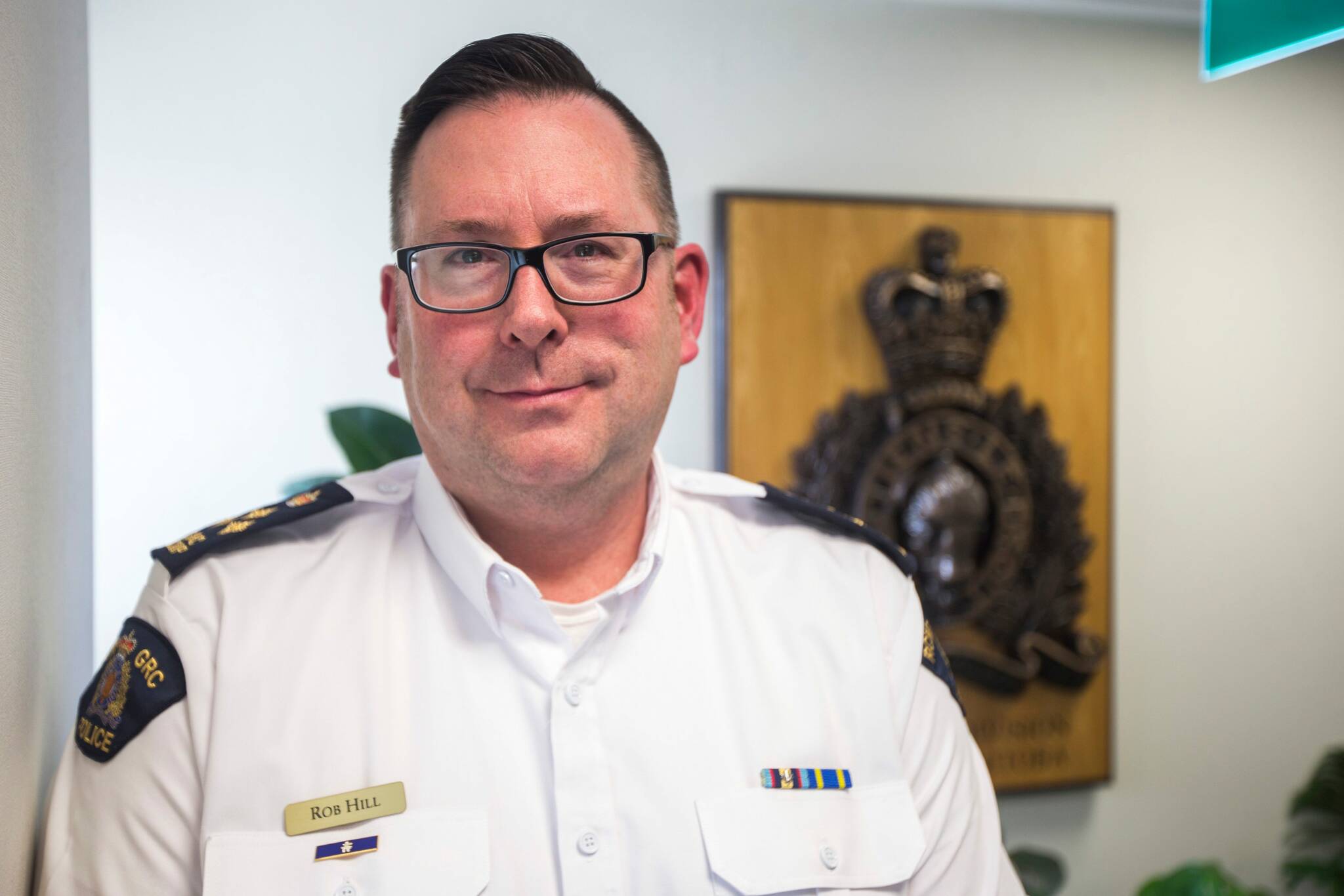 The top priorities for the new commander of the Manitoba RCMP are recruiting new Mounties, reconciliation with Indigenous communities, and the health of the officers he directs.

Assistant commissioner Rob Hill became the new commanding officer of D Division on July 27, now directing a force of 1,000 officers and 500 civilian employees in 80 detachments and the Winnipeg headquarters.

Most recently, Hill was the chief superintendent of criminal operations in Manitoba, which meant he was in charge of day-to-day RCMP policing.

“The overarching priority for us is, of course, public safety — that’s our overarching goal as a provincial police force here in Manitoba,” Hill said in an interview Tuesday.

“Under that public safety, I have three main pillars: first one’s employee wellness, I need our employees to be well if they’re going to look after people and ensure other peoples’ wellness. The second is reconciliation, front and foremost in everything we do. It’s not a buzzword in this division, this is critical… our relationship with Indigenous leadership and people that we serve ultimately. Third is recruitment and retention.”

Manitoba RCMP have a particular need to recruit, with the highest job vacancy rate in Canada.

Some criminologists have linked the high vacancy rate to the Mounties grappling with a change in public expectations in policing among other issues, while the National Police Federation union has linked it to a historically lower rate of pay for officers working in rural communities compared to municipal law enforcement.

Hill said the people the RCMP are looking to recruit are being courted by other law enforcement and security agencies, as well as other sectors such as technology.

“It’s challenging. How do we make it: ‘No, we’re an option you should choose ahead of that,’” he said.

Another priority in recruitment is representation.

“It’s important we’re representative of the communities we serve — our northern Indigenous communities and even our southern, rural and farming communities,” he said.

“We need their lived experience, that will certainly help us going forward; their cultural knowledge of where they’ve lived, where they’ve grown up, is key.”

Hill said Manitoba RCMP now emphasize reconciliation with Indigenous communities in “everything we do.”

“You hear the term ‘Nothing about us without us’ — we live by that in terms of reconciliation. We always strive to improve our relationships with local Indigenous leaders and the grand chiefs, as well.”

Hill added he contacted provincial grand chiefs, the regional Assembly of First Nations chief, president of the Manitoba Métis Federation and the Inuit association ahead of announcing his new role to the public.

“These are key partners of ours,” he said.

The law enforcement agency played a significant role in colonization, after it was created as the Northwest Mounted Police in 1873, as means of enforcing federal authority in the west as agents of the Crown.

RCMP have a varied law enforcement role, covering policing for rural communities, subsidized by the provinces, and a national branch with units across the country.

In rural and northern Indigenous communities, the new commander said: “We’re always looking to improve our service delivery, working with communities to see what best suits their needs.”

Erik Pindera reports for the city desk, with a particular focus on crime and justice.