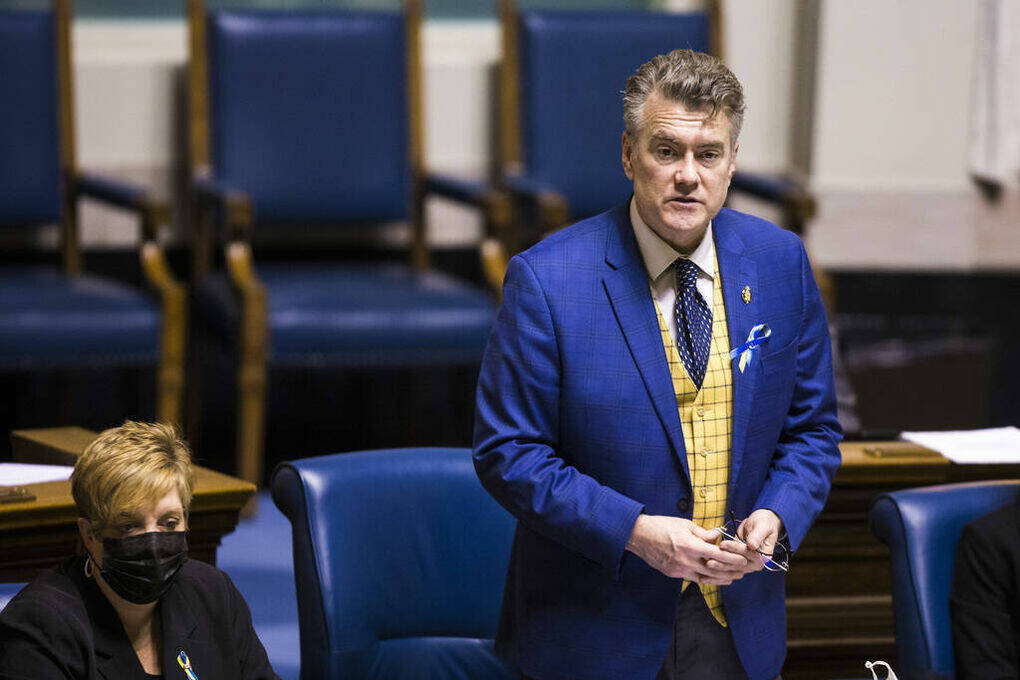 “Access to the alternate supply is available for the longer term as well should that be required.”

Shared Health didn’t provide details about the source of the alternate supply or how many epidural tubes are available now in Manitoba hospitals.

Epidurals are typically delivered via a shot to the spine to numb the lower half of the body in order to provide pain relief to pregnant women during labour. Supply chain disruptions from a major U.S. manufacturer of the tubes used during epidurals are affecting most provinces, particularly in Western Canada, the Canadian Press reported last week.

In his letter to the minister Tuesday, Lamont wrote that he’s received concerns and complaints from nurses, including some that reference the epidural shortage.

“For women in labour, this is a particularly difficult situation: births cannot be postponed or delayed,” he wrote. The letter called on the government to shore up medical equipment and staffing.

Lamont said he hadn’t received a direct response from Gordon Tuesday afternoon, but he said Shared Health’s response is an example of a culture of “acting like their job is to provide political cover instead of protecting patients.”

“I know that if nurses are reaching out to me, it’s because it’s serious,” Lamont added.

With her due date fast approaching, a local expectant mother heard about the epidural shortage on the social media platform TikTok and reached out to her doctor last week to find out more about it. She asked that her name not be published, but she said she was relieved when she learned that HSC’s Women’s Hospital recently received a large shipment.

“When I started seeing things online, I was extremely anxious about it,” said the woman, who is preparing to become a first-time mom. Her due date is next week. If she hadn’t proactively brought it up to her doctor, she said she’d still be anxious, adding it’s likely a lot of other expectant mothers are worried, too. They need transparent information, she said.

“I think there needs to be much clearer communication with expectant parents, because it’s scary not knowing,” she said.

Lamont’s letter also raised concerns about a lack of capacity for newborn intensive care in Manitoba. He said he heard nurses’ concerns over the long weekend about the possibility that patients could be sent to North Dakota facilities because there isn’t enough staff or equipment at St. Boniface hospital’s neonatal ICU.

A Winnipeg Regional Health Authority spokesperson said the hospital’s NICU capacity is not being limited, no babies have been sent out of province because of limited resources and there are no plans to do so.

“There are no discussions underway to send babies out of province or to North Dakota specifically,” the statement reads.

— With files from Canadian Press