Jags confident in ‘due diligence’ done before Ridley trade

Jags confident in ‘due diligence’ done before Ridley trade 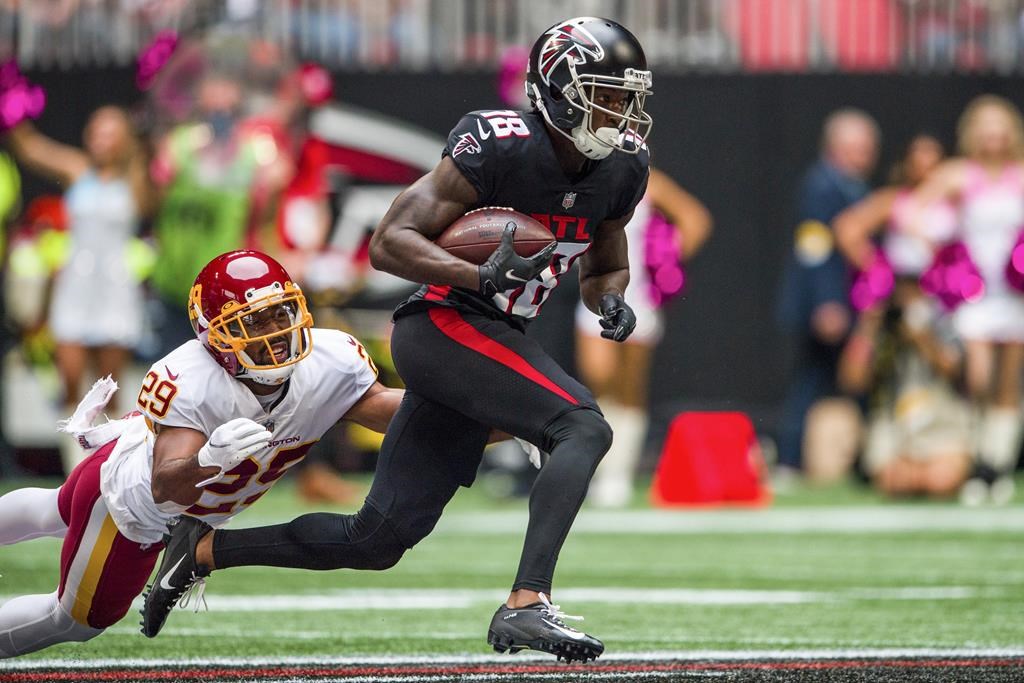 JACKSONVILLE, Fla. (AP) — Cam Robinson got the trade alert on his phone, immediately cleared the screen and called college teammate Calvin Ridley to welcome him to the Jacksonville Jaguars.

Robinson said Ridley was excited about his pending move south and ready for a fresh start. Robinson was equally eager for a reunion, knowing what the former Alabama star will bring to Jacksonville’s offense.

The Jaguars (2-6) took a risk by trading for the suspended receiver Tuesday. If it works out, it would be a first for a franchise that’s been burned repeatedly by varying moves at the wideout position.

Jacksonville gave up a fifth-round pick in 2023 and a conditional fourth-rounder in 2024 to land Ridley, who was suspended in March at least through the 2022 season.

The league determined Ridley bet on NFL games in 2021 while away from the team addressing mental health concerns. A NFL’s investigation uncovered no evidence inside information was used or that any game was compromised by Ridley’s betting.

Ridley can petition the league for reinstatement beginning Feb. 15, 2023. The Jaguars are counting on it being a formality and expect him to be a factor next season.

“You’re always trying to better the football team,” general manager Trent Baalke said. “We felt this was an opportunity to do it and the timing was right.”

Added Trevor Lawrence: “Being a quarterback, you can’t not be excited about that.”

Ridley had 90 catches for 1,374 yards and nine touchdowns in 2020. He had 31 receptions for 281 yards and two scores before sitting out the final two months of last season.

Although no Jaguars officials could have any contact with Ridley, Baalke said “we’re confident in the due diligence that we did.”

It surely helped that Jacksonville had Steve Sabo on staff. Sabo spent the previous 12 seasons in Atlanta’s scouting department, including the past two as the team’s director of player personnel. He was Atlanta’s director of college scouting when the Falcons drafted Ridley with the 26th overall pick in 2018.

“We’re going to always look to add talent to this roster any way possible, any shape, form,” coach Doug Pederson said. “And I feel like we’ve done that now. Obviously, we won’t know what we have until the league clears him and all of that, and we understand that.

“At the same time, we feel like we’re getting a really good football player to already adding to a good room and great leaders in that room that will embrace him when he finally gets here.”

Jacksonville has had little luck at the receiver position over the years. They have drafted nine receivers in the first three rounds, but only Marqise Lee got a second contract. Among the less-than-ideal picks were Justin Blackmon in 2012, Matt Jones in 2005, Reggie Williams in 2004 and R. Jay Soward in 2000.

Blackmon, Jones and Soward each was suspended for violating the league’s substance abuse policy, and none of those four ever played another meaningful down in the NFL.

Jacksonville also has struck out repeatedly with receivers in free agency, including Chris Conley (2019), Laurent Robinson (2012) and Jerry Porter (2008). Christian Kirk and Zay Jones, both of whom signed in April, might have Jacksonville on the verge of reversing a downward trend that’s probably overdue to turn.

Credit: Jags confident in ‘due diligence’ done before Ridley trade