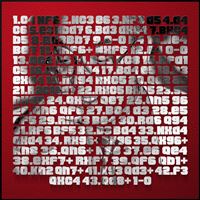 Matthias Wüllenweber, Managing Director of ChessBase, is proud to release this unique NFT collection worldwide: “Although Viktor Kortschnoj was ultimately denied the title we want to honur him as an extremely successful player in the history of the world chess championships.”

The first authorised CHESS WORLD CHAMPIONS NFT Collection is released by ChessBase, the world leading German chess software company. The exclusive NFT collection “CHESS WORLD CHAMPIONS” presents the iconic games of the great minds like Bobby Fischer, Anatoly Karpov, Vishy Anand or Vladimir Kramnik with only one NFT per artwork. Each artwork is offered only as a truly unique single piece. The collection will be expanded in the future. More information can be found at https://nft.chessbase.com

The auction at opensea.io (https://opensea.io/collection/chess-world-champions) will run until Jan 12, 2022.

ChessBase is a German chess media company whose chess software is now the worldwide standard for world champions, professionals and ambitious amateurs.

According to Vishy Anand (World Champion 2007 – 2013) “ChessBase has changed the chess world forever. It is more or less unthinkable now not to work with it.” The company operates an international chess server, a chess news platform and develops game-changing chess programs such as “Fritz”, as well as award-winning educational programs for children.

The whole collection is designed by Carl Eriksson, a Swede living and exercising his craft on a bunch of exciting brands including ChessBase in Hamburg, Germany.