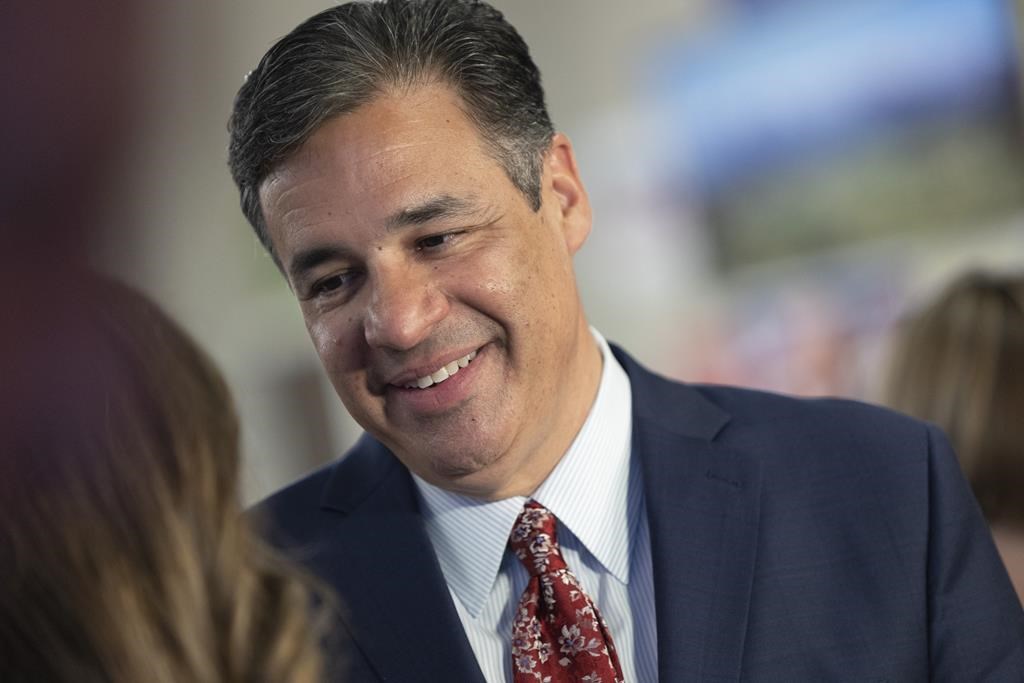 BOISE, Idaho (AP) — A high-profile Idaho attorney who has defended in state and federal courts some of the most restrictive abortion laws in the nation is among the latest attorneys to quit state employment.

Former Deputy Attorney General Megan Larrondo is one of eight attorneys and a handful of other staffers who have left or are leaving the Idaho attorney general’s office following Raúl Labrador’s win over five-term incumbent Attorney General Lawrence Wasden in the Republican primary in May. More departures are expected.

Information obtained by The Associated Press through a public records request shows that Larrondo’s job ended Monday. Court documents filed Friday in both U.S. District Court in Idaho and the Idaho Supreme Court show filings requesting Larrondo be removed as attorney of record in the state’s abortion cases. The state and federal courts have yet to make final rulings in those cases.

Labrador, a former U.S. representative who has said voters are looking for an aggressive, conservative attorney general, has promised to make the office more partisan should he win in next week’s general election. In a series of recent interviews, he denigrated attorneys working in the office, telling the Lewiston Tribune that the “Attorney General’s Office needs to have better lawyers.”

“People started running for the door when Lawrence lost in the primary,” said Jim Jones, a former Idaho attorney general and former chief justice of the Idaho Supreme Court who still has ties to the legal community. “Labrador is going to clean house and get rid of anybody who doesn’t see things his way. Big mistake. He’s going to have a lot of problems if he wins.”

The attorney general’s office has 132 attorneys. Deputy attorneys are typically assigned to specific agencies and become familiar with the legal details of that agency. Another 94 staffers fill other roles.

Labrador’s spokesman, Brent Littlefield, said in a statement the eight attorneys who have left represent only 6% of the attorney workforce in the office, signaling a low attrition rate. Attrition in the office has reached as high as 20%, with Wasden saying low pay made it difficult to retain attorneys.

“Raúl Labrador looks forward to working with team members at the Attorney General’s office to build a culture of service and an office which is responsive to the people,” Littlefield said. “As a Constitutional office led by an elected official, and one tasked with defending the laws passed by elected Legislators, there is inherently a political component to the work.”

Other high-profile attorney departures include former Chief Deputy Brian Kane, who left last summer to become the executive director of the National Association of Attorneys General.

Deputy Attorney General Leslie Hayes is leaving later this month, and former Deputy Attorney General Emma Nowacki left last summer. The two attorneys took part in the Legislature’s ethics hearing involving the actions of Lewiston Republican Rep. Aaron von Ehlinger with a Statehouse intern. Von Ehlinger resigned last year after lawmakers on the ethics committee recommended he be banned from the Statehouse. He was later convicted in state court of raping the intern and sentenced to 20 years in prison.

Darrell Early, the former chief of the Natural Resources Division at the office and an expert on Idaho’s agreement with the federal government involving nuclear waste stored at the U.S. Department of Energy’s eastern Idaho site, also left last month after more than 20 years with the attorney general’s office. The 1995 agreement has prevented Idaho from becoming a nuclear waste dump.

Larrondo and Early could not be reached for comment.

Wasden is well known for his strategy of simply calling legal balls and strikes, sometimes irritating lawmakers who have complained that the attorney general’s office frequently interprets the law contrary to what lawmakers want to hear.

Lawmakers have ignored Wasden’s warnings about passing unconstitutional legislation, and hired their own attorneys. Taxpayers are on the hook for paying those attorneys, as well as millions of dollars in attorney fees to the winning side when Idaho loses court cases challenging the constitutionality of its laws.

Most recently, in August, Idaho officials agreed to pay $321,000 in legal fees after lawmakers in 2020 made it more difficult for transgender people to change the sex listed on their birth certificates despite a U.S. court ruling banning such obstacles. The state previously paid $75,000 after losing the initial case in 2018.

Labrador, who ran for governor four years ago but lost to current Gov. Brad Little in the Republican primary, has said he wouldn’t put politics above the law and would work with lawmakers to draft bills that would survive court challenges.

Labrador faces Democrat Tom Arkoosh in the general election. Arkoosh said he spent years as an independent but registered as a Republican to vote in the May primary. He switched to the Democratic party to run for attorney general, saying he was concerned Labrador would run the office as a shameless political opportunist if elected.

Arkoosh has made a spirited campaign effort, getting support from dozens of former Republican officeholders or officeholders retiring this year. The former county prosecutor has also picked up endorsements from former law enforcement officers.

Arkoosh has tried to parlay those endorsements into a wider conversation about what voters want in the deeply conservative state that hasn’t sent a Democrat to the attorney general’s office since 1991.