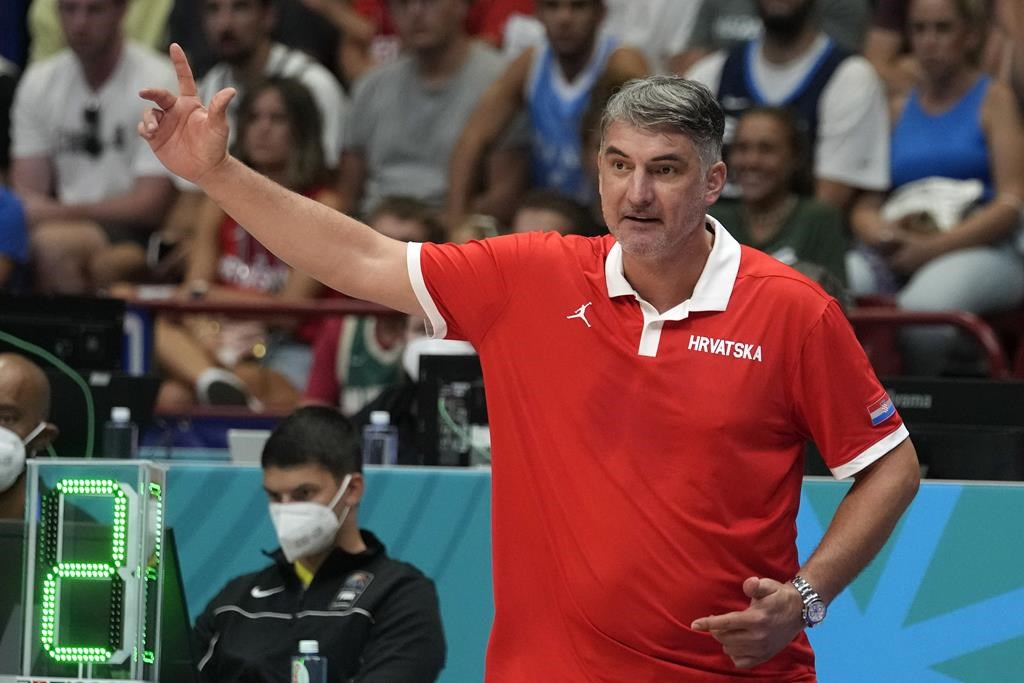 MILAN (AP) — Giannis Antetokounmpo simply took over with the game on the line.

And as usual, he did it on both ends of the floor.

Antetokounmpo scored 27 points and grabbed 11 rebounds, Tyler Dorsey also finished with 27 points and Greece held off Croatia 89-85 in the opening Group C game for both teams at the EuroBasket tournament on Friday.

“Giannis, he did his job,” Croatia coach Damir Mulaomerovic said.

That he did, especially in the final moments.

Croatia had the ball, trailing 84-82, with 57 seconds left when Ivica Zubac tried to score from down low. Antetokounmpo blocked that shot, then got a dunk on the ensuing Greece possession to push his team’s lead out to four.

Jaleen Smith tried a 3-pointer with 10 seconds left to get Croatia within one, but Antetokounmpo blocked that as well — then got a three-point play the other way to clinch the game with 4.9 seconds remaining.

Smith had 23 points for Croatia, which got 19 from Bojan Bogdanovic, 18 from Krunoslav Simon, 11 from Zubac and 10 from Mario Hezonja. Croatia scored the game’s first seven points, then got outscored 40-14 on the way to falling behind by 19 before trying to rally.

Dario Saric, who hasn’t appeared in an NBA game since hurting his right knee in Game 1 of the 2021 NBA Finals for Phoenix, played for Croatia but missed all six of his shot attempts.

Bogdan Bliznyuk and Illya Sydorov each scored 10 points for Ukraine, which forced 20 turnovers and turned them into 24 points. Ukraine shot 45% to Great Britain’s 33%.

At Prague, Israel rallied from an early 14-point deficit to win its opener behind a 23-point, 15-rebound effort from Deni Avdija.

Tomer Ginat scored 13 for Israel, which got 10 points apiece from Nimrod Levi and Guy Pnini, plus 10 assists from Tamir Blatt.

Neither team led by more than six points over the game’s final 18 1/2 minutes.

Mateusz Ponitka scored 26 points, A.J. Slaughter added 23 and Poland led most of the way against the host Czechs.

Jan Vesely led the Czech Republic with 17 points, while Jaromir Bohacik had 13 and Patrick Auda added 10.

All 24 teams in the tournament are in action Saturday.